Fast forwarding many years, and it’s 2015. I’m just starting my first fall semester as a student at UC Berkeley. This is when I first experienced sexual assault and rape as an adult. While there are many incredibly positive and beautiful stories I could tell about my time at Berkeley, I’ve chosen to take time to focus on this negative part of my life there. Those stories are just as worthy of sharing as this one. Again, this isn’t something I have told to many people, so if you know me in real life this might come as a shocking and painful thing read. Sadly, I know that so many of my closest friends have had similar experiences. I invite them to look inside and face themselves and what’s been done against them when they are ready to do so, as I have done now. You are not alone. Somebody loves you and understands your truth.

What’s worse, for me, is that this is a story of another gay guy who had deeply hurt and violated me. I find it so incredibly depressing that in we live in a society where, if you’re gay and are not outwardly hurt by other straight people and explicit homophobia chances are you’ve been attacked, used, assaulted, raped, and violated by other gay people. That your gay siblings, the one’s you learn to love and trust the most, could perpetrate violence against you surely leads to disillusionment with queer solidarity, unity, and love--disbelief in the, “gay chosen family” (because yes, even your family members can rape you). Violence begets more violence…We reach a point where straights don’t have to kill gay people because we’re programmed do it to each other and to ourselves.

IT happened on a night during a very rough part of the semester. It was my first semester, and I was taking a pretty hefty load of ‘technical’ science-y classes. One of which was second semester organic chemistry for biological science majors. I remember I had done pretty poorly on my first exam, and if there was going to be any hope of recovering my grade, I needed to do much better on the second one. SO, I had spent much of my day in the basement of the student Co-op that I was a member of studying away with utmost focus. Eventually day turned to night, and it was a weekend which meant a party was going to happen. I had completely forgotten about the impending party, and eagerly tried to finish up what I was working on without getting distracted by the elevating noisiness and excitement around me. I could hear people pouring into the living room and dining room above me, busily setting up plates of cheese, bottles of cheap wine, fancy little tables and chairs. It was, “wine and cheese,” night (a Co-op staple).

I decided it would be wise to avoid the party altogether, and focus on my upcoming organic chemistry exam. So, I took my things and left for the café down the street. I worked while nestled under a heat lamp late into the night. I stayed until they began to close for the day (which was around 12am). A short walk away from the co-op, I decided in the end to walk back and check out what was going on at the party. When I walked in, the party was mostly dead at this point (many hours had gone by). A few incredibly intoxicated co-opers remained, and were delighted to see me return from my studies. Full of anxiety about my test, the fear of missing out on all the excitement, and comfort with how well received I was upon showing up, I decided to go about the living room picking up opened bottles of wine and, “polishing off,” whatever was left out of each and every single one. In the matter of about 40 minutes I had consumed at least 9 or 10 glasses of wine. Clearly this was not the best chose, and my excitement and anxiety had gotten the best of me. At this point it was late, at least 2am, and mostly everyone had cleared out. Only 3 or 4 other people remained. One person was a man we will call E (redacted for privacy reasons). E was gay, older (about 25 or so while I was maybe 20 at the time), a long-time member of the co-op, and incredibly eager. He was very fond of other gay guys at the co-op, and would endlessly insert himself into conversation or relation to guys he found interesting. At this point, someone put on a movie in the living room on the big screen (looking back the choice of movie was awful in regard to how incredibly drunk and sickly I was feeling—they put on the first Saw movie if you can believe it, I guess the party must have happened close to Halloween). Of course I was basically black out drunk, and I remember going to the bathroom to relieve myself (or was it to throw up?) and when I left the bathroom E came up to me and said I should lay down and watch a movie with them, not go home as it looked like I had been trying to on account of the bathroom’s proximity to the front door. I couldn’t focus at all on what was happening, and was even more unwell due to the loud, disturbing noises coming from the horrid movie that was playing. I was laying on the couch, under a blanket, going in and out of consciousness. E came closer to me, then began to lay his hands on me. I knew what was about to happen, but could hardly open my eyes let alone stave off the oncoming advances. He put his hands down my pants… I continued to go in and out of sleep as he cuddled himself up to me under the blanket and continued to touch me under my clothes. Eventually the movie had ended and everyone that had been there left, because it was just me and him. He told me to get up and follow him to the basement. For some reason, I did. I don’t remember saying anything, or being capable of really understanding what was going on or how to escape the situation, but I somehow made my way down to the basement where he continued to have sex with me. I remember laying completely limp and unable to move my legs. When he was done he walked me home. I remember going home and checking the time once I walked into my room. It was 5:45am. I stared blankly in shock. Where had I gone for the last 3 hours? How could it be that time? It felt like a dream. Reality wasn’t real.

After that things were pretty awkward between us. I knew what had happened, but neither of us ever mentioned or questioned what had happened. The damage got worse. Another night I had stayed at the co-op until quite late, and he offered to walk me home. I wanted to refuse but he was so very persistent. He wouldn’t give me any space to breathe, let alone resist. He just happened to live on the way to my apartment. While we were walking, we passed where he had been living at the time, and he recommended that I come in and check out his apartment. I don’t know why, but I felt so completely trapped, manipulated, controlled, unable to resist. I passively agreed. We went to his room and he laid me on his bed and began to re-enact what had happened the time before. My mind went completely blank. Was I so desperate for love, affection, and sex that I had literally walked into the house of someone who had raped me a few weeks prior? Why was I so pliable and easily convinced that this is what I wanted? That this was OK?

I think it has to do with what some people call ‘Stockholm Syndrome.’ It’s where you begin to empathize and rely on your abuser. They bend you enough until you believe that the abuse is what you want. They subconsciously control you into walking right into their traps. I think it’s because I was innocent. I had sexual relations with other guys prior to this in college, but it was all still very new to me. I was naïve. I had not realized the dangers other gay guys could pose to me. They could sense my vulnerability. That another gay guy could be how I perceived nasty straight guys disposition towards woman—as prey to be snatched up. He was the predator. That I had surely lacked attention and love from other gay guys during this time in my life also played into my acceptance of abuse as well. I wanted attention, love, to touch, to be intimate… I couldn’t understand for the life of me why this was happening to me. Why I had passively walked into further violation. The fact that I had not ran away, pushed back, but instead walked with and followed prevented me from believing that I was being abused. I felt that this is what I wanted, and that I had consented. It took a long while for me to tell anyone about what had happened. When I did, thankfully he was removed from the co-op without me having to come out and share this story to everyone else and deliberate on his innocence/guilt. What motivated me to come clean and get him removed from the co-op was that he never ever acknowledged what had happened. He simply glossed over and ignored me when I began to show contempt and distance in his presence. This abuse destroyed my relationship with my sort-of-boyfriend at the time. I felt dirty, impure, immoral, poisoned. I couldn’t face any sort of intimacy or sexual contact with him at all. I grew jaded and distant. It was only when we, “broke up,” a few months later did I reveal to him why I had been avoiding intimacy with him for so long. It wasn’t that I didn’t love him, but rather I didn’t love myself for what had happened.

A long while of recognizing that what had happened wasn’t my fault, even if it sounds like I, “wanted,” to have sex with him because I didn’t actively refuse when intoxicated and ended up walking right into his apartment while sober a few weeks after. I realized that he was a fucking creep, a predatory weirdo that would just repeat what he did to me on someone else once I had been used and tossed aside. After many months I began to heal myself, and came back to appreciating intimacy, touch, nakedness, affecting, and genuine love with other men.


The scar on my heart is still there, no matter how healed the wound. 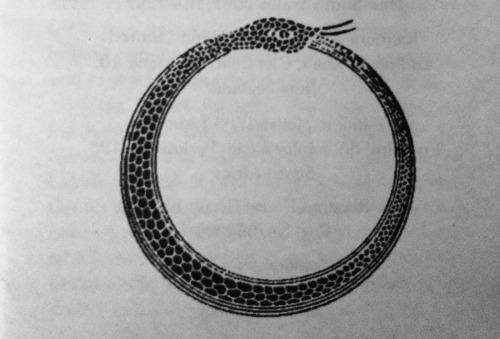